I have been a Fitbit user for many years now. I use a Fitbit One which has seen far better days (aesthetically that is, it still works fine) by just chucking it in my pocket with my keys and change. I try and hit the recommended target of 10k steps a day and have a challenge going on with a friend whereby if either of us drops below the target, we owe the other a lunch. As a motivational tool, it works very well!

I'm not the first person to be frustrated by this and services have sprung up attempting to unify the different platforms. One of the better ones I've come across is Stridekick, although it only has an iOS app at the moment, no Android offering. Disgraceful! Of course, this approach presents a new problem. People you want to compete with have to be convinced to sign up to a new service and the whole discovery process doesn't really work very well.

What's the answer? For me, I'd love to see Google Fit become the defacto platform for fitness data, with support for every product under the sun and innovative gamifying features. Or would I? What about when Google get bored of supporting it? It can never be ruled out!

For now I'll just stick with my Fitbit and hope that the company continues to make hardware that works well for me. Oh and make their Android app a bit better. And sync more reliably. Hmm... ? 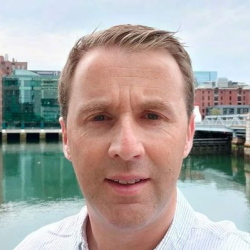 When I travel, there's a bunch of different things that end up in my bag as a must have. I thought it'd be fun to highlight some of those bits of kit... Starting with the Travel Router. The particular model I pack is the Satechi Smart Travel Router, which I
Next

This blog is 'for when 140 characters just won't cut it' so expect the content to be... erm... broad. Like this post! Hah. Recently we 'downgraded' from a Skoda Octavia to an Audi A4. Not a bad move overall, the interior fit and finish on the Audi is incredible, Android


×You've successfully subscribed to paulobrien's blog
×Great! Next, complete checkout for full access to paulobrien's blog
×Welcome back! You've successfully signed in.
×Unable to sign you in. Please try again.
×Success! Your account is fully activated, you now have access to all content.
×Error! Stripe checkout failed.
×Success! Your billing info is updated.
×Error! Billing info update failed.